“Twas the night before Christmas 1986… and Mimi was wrapping a very special gift for the Harting family. Two Christmas houses from the Department 56 collection, given as a gift from the great grandmother of the 3 Daughters, spurred the collection you see before you today. Every year the family added new houses and accessories and over the decades, as each family member had a hand in the collection, the village grew. Once 3 Daughters Brewing opened, the 3 Daughters themselves wanted to share the village with the world. 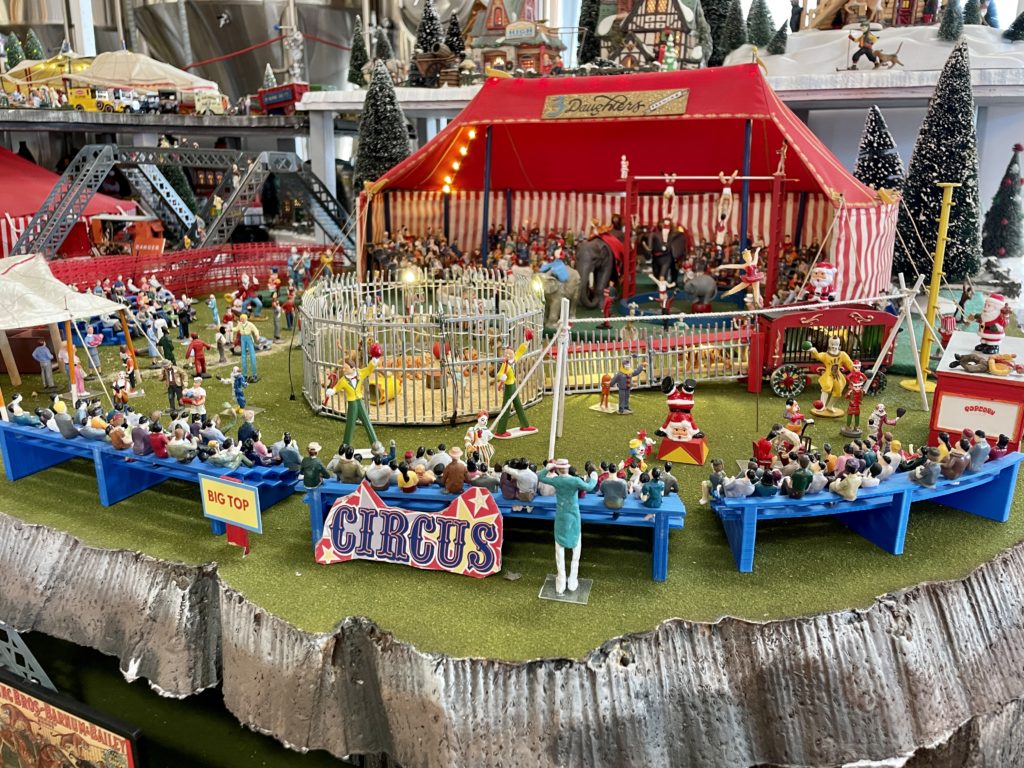 Each year this village takes over 2 months to erect. There are 6 trains, 341 pieces, of which 89 are animated, and over 382 people.” Setting up the display is a “family thing,” said Bruce, the grandfather of the 3 Daughters, “all the grandkids help us set it up, it’s our family tradition.” The collection started off with four 4-by-8 sheet

s of plywood crafted into tables. Four tables eventually turned into six and when the collection stretched over eight tables long, Mike told his dad that was enough. “Now we’re at 11 tables and it’s going to grow again next year!” Bruce said laughing. 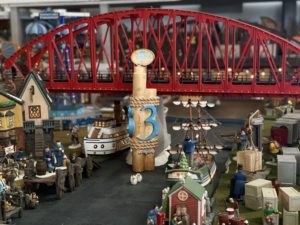 Early November, the tables are transported from the back of the brewery, unwrapped from their storage cocoons of shrink-wrap and the family gets to work. Just as intricate as the village is to set-up, it takes a lot of work to keep it up and running until mid-January. It’s a team effort lead by Mikes mom Pat. “She’s the love and support behind it all,” Bruce said. She is in charge of organizing the village people – all 382 of them. After dusting off each one, she arranges them throughout the Christmas village, with help from the grandkids of course. Bruce spends his time fixing broken pieces and maintaining the village behind the scenes, including the six running trains. “We’re thankful for Dave at Zitnik Trains, he comes up with the idea and we install it,” Bruce said, “he helps us bring the village to life.”

Creating and maintaining the village is not only a family tradition, it’s Bruce’s passion. Over the summer, he takes down three to four tables at a time to fix the broken pieces and touch-up the paint. When November comes, he’s ready to bring the village to life. This is Bruce’s way of bringing some Christmas spirit to St. Pete. 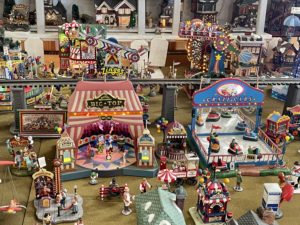