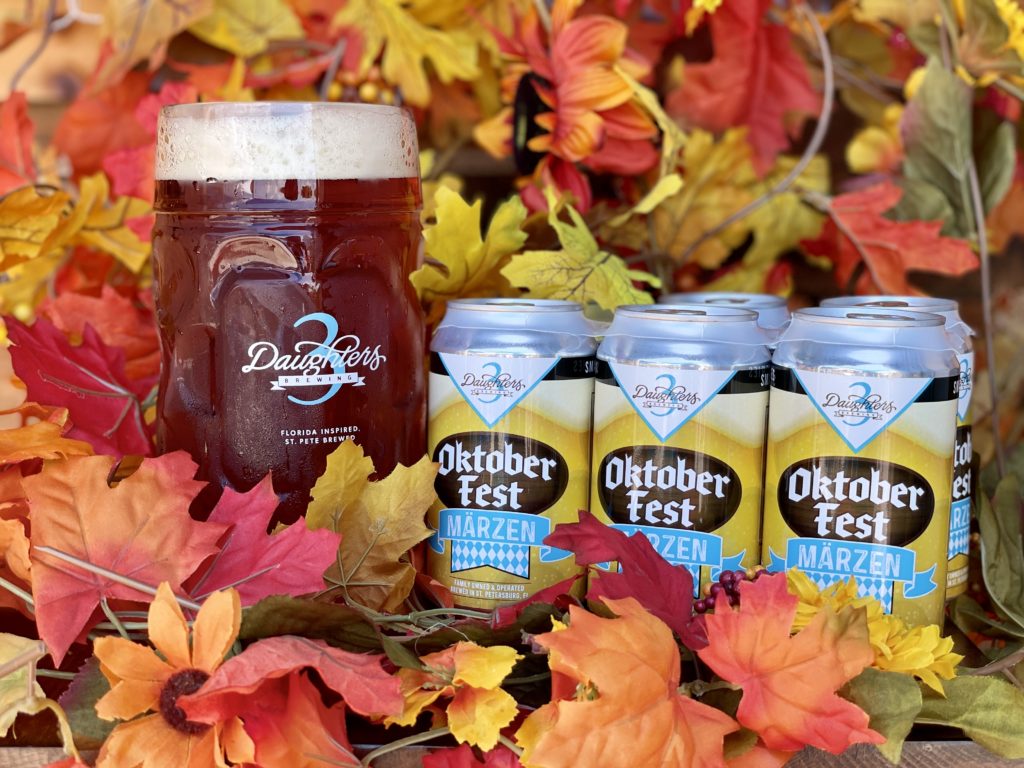 As the fest season approaches, 3 Daughters Brewing in St. Petersburg announced the release of its Oktoberfest beer this week, a festbier brewed in honor of the Bavarian celebration of beer. Crafted in the traditional German fashion with all noble hops, the Marzen-style amber lager is an easy-drinking beer with a lighter body, some bready sweetness, and relatively little hoppiness.

An annual favorite among guests in the 3 Daughters Brewing Tasting Room, this is the first time the Oktoberfest will be available outside the doors of the brewery, as deliveries of kegs and six packs to restaurants, bars and retailers across the state have already begun.

“No matter where you live or where you’re from, Oktoberfest is always a worthy excuse to celebrate great beer,” said Brian Horne, VP of Sales at 3 Daughters Brewing. “We’re excited to share one of our in-house favorites with everyone across Florida this fall. Our Oktoberfest Marzen has been a point of pride for our brewers every year and we look forward to more and more people getting to have a taste of Oktoberfest.”

To celebrate the debut of this limited release, a launch party will be held at 3 Daughters Brewing in its St. Petersburg Tasting Room on Tuesday, August 24th at 6:30 p.m. The brewery will be doing free tastings for all guests 21 and older, in addition to live music, games, and giveaways.

3 Daughters describes the beer as follows: “This smooth amber traces its noble roots to the brew once celebrated every year in Bavaria, reimagined for Oktoberfest under the bright Florida sun. Bready sweetness up front leads to a crisp and dry finish thanks to the noble hops.”